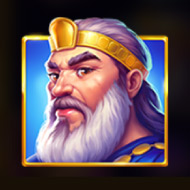 Playson
Hand Of Gold slot is a new modern game that represents all positive advantages of the slots play: cool design, perfect musical background and the number of the gaming symbols with the big wins
Play for real T&C's apply 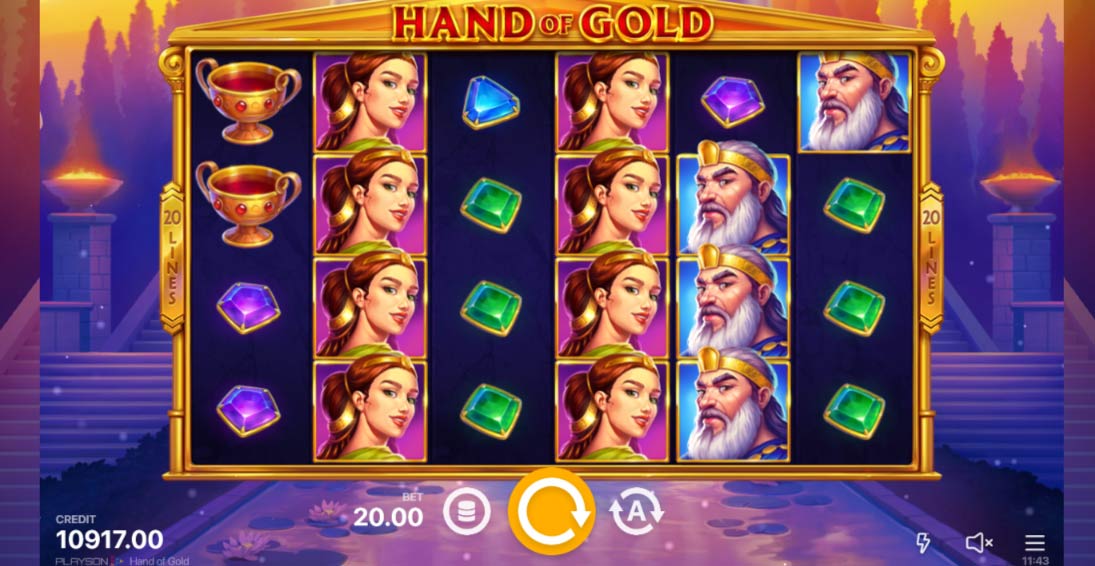 Playson has made it possible for us to tell you that there exists a man who has the ability to convert anything into gold. The best part is that he is the subject of this 6-reel online slot machine from the slot collection of this famous developer.

When Midas requested the gift of the golden touch from the great God Dionysus, he was granted the ability to do so. Midas is the main character in Hand of Gold! Allocate space on the grid for Midas to unleash his majesty, and you'll be rewarded handsomely with the Hand of Gold slot Free Spins and the Golden Touch feature, which includes Wilds, just like in Mata Hari: The Spy slot.

Hand of Gold slot machine comes with six reels and twenty paylines. It has a 95.1 percent return on investment, a high level of volatility, and a max win of 1500 times your initial wager.

These figures are illogical. 1500x your stake is a very low payout for a high variance slot, and the return to player (RTP) of 95.1 percent is significantly lower than the industry average of 96 percent for non-jackpot slot machines. The gameplay isn't particularly exciting when it comes to this game; it all boils down to the Hand of Gold, which can wreak havoc when triggered randomly as the "Golden Touch."

In order of increasing payouts, the paytable starts with the three lowest-paying crystals, paying about 1x the bet for 6 in a combo, and ends with the King Midas paying 4x the stake for 6 on a single pay line. Before you can start spinning the reels, you must first choose your stakes, which range from $0.10 to $100 and are suitable for players of all skill levels.

Theme & Symbols In Hand Of Gold

You can play Hand of Gold slot free online, which is a great thing. This slot game is inspired by an ancient King, who is known for turning anything he touches into gold, and it features characters and settings from Greek mythology as its theme.

There is a traditional antique temple known as the Golden Touch in the background, and the activity takes place on the wide stairs at the back of the temple, where you’ll notice tall trees and a fine sunset in the distance. Immediately in front of the stairwell are a pair of golden-lined reels, with a large pool beneath them filled with lotus flowers and a hive of fireflies lighting up the area around them.

During the Hand of Gold slot's Golden Touch bonus round, which is triggered whenever the all-important Hand of Gold symbol appears on the reels, the player will receive a large cash prize. This will cause the slot to choose one of the symbols on the reels at random, excluding the Bonus icon, and swap all of them to become wilds in that particular spin.

During the bonus round of this game, wilds are only available to appear on the screen. Both individual awards and shifting abilities are available for purchase. The maximum prize money is $400.00 if you choose an average stake of 20.00. For the numbers five, four, and three, you'll receive 50, 20, and eight points, respectively. Because of the high degree of volatility in the game, the difference between the top prize and the next best combination is extremely large.

When three bonus scatter icons at least appear anywhere on the reels, the free spins round is triggered. This bonus round will consist of ten free games, with the Hand of Gold symbol appearing on the screen during these bonus rounds. To make things more fun you can enjoy Hand of Gold slot free play in several slot sites. 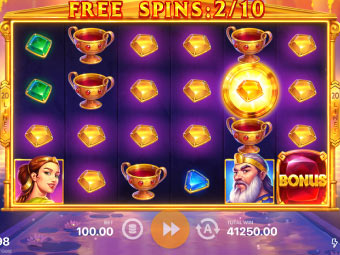 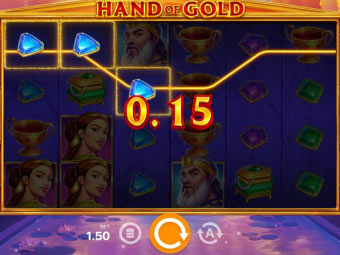 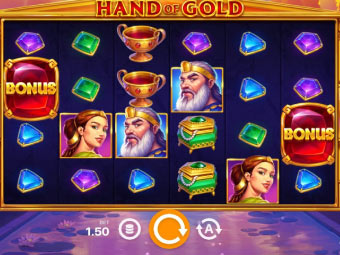 User Reviews Of Hand Of Gold