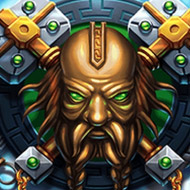 Bgaming
Fire Lightning is a contender for slot machine fans who love a combination of great visuals and an engaging soundtrack. This is one slot in which the software provider put in quite some effort as it features well-detailed animation. Read along to know more about this amazing game.
Play for real T&C's apply 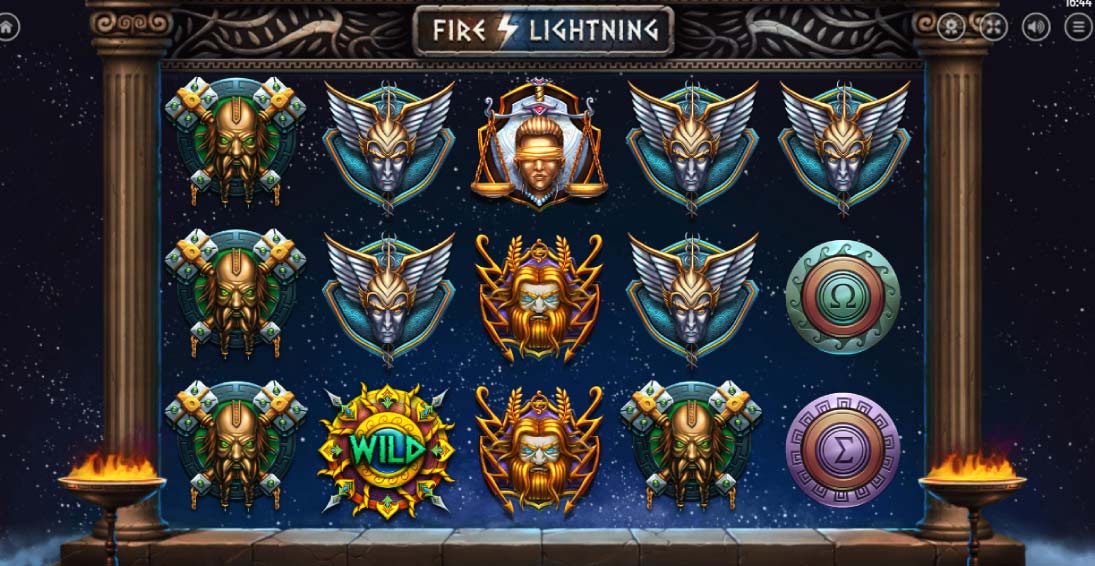 The game developed by BGaming, the Fire lightning slot site, features 5 transparent reels by 3 rows and 20 paylines. This game gave quite a serious impression as the setting features a dark sky which stays through the entire game, along with its transparent reels. There were also columns that seemed to protect these transparent reels. The reels were occupied with Greek signs and characters that seem to be gods of war. The soundtrack further contributes to the serious theme as it gives off an eerie sensation. Overall, the gameplay was impressive though it’s not one you should play if you’re looking for a light-hearted slot machine game.

In this game, like in Wildcano With Orbital Reels slot, the RTP is 97.61%, making the edge quite good, and near to 2%. This means players get good value for money when playing this game. It comes with exciting features that include Scatters, Frees Spins triggered by the scatters, Wilds, as well as a Gamble feature. Before playing with real money, there is an option for Fire Lightning slot free play.

GamePlay In Demo Mode And Prizes

Even though the game is not your everyday video slots theme, the manner in which the interface is laid out is quite a familiar one as it features 5 reels with 20 paylines. Winning seemed to be regular when you’re able to acquire winning combinations over one of those paylines. Those characters on the reels represent Greek myth. Though the symbols that reward you with higher play are the six lethal-looking Greek gods; the Greek symbols also contribute to the other reel symbols, but in terms of value, they are less paying. To get familiar with the gameplay, it is recommended that you take advantage of the demo and play Fire Lightning for free first before making use of real money. In Fire Lightning slot machine, it comes with a Medium to High variance, therefore, you can win up to a maximum of x1000 your stake.

The game comes with symbols which include:

Free Lightning may not offer numerous features within the game, though this does not stop you from enjoying the game with best casino payments. The unique features it offers include a gamble feature, then wilds and also Scatters.

The Wild and Scatter

The symbol that appears as the sun is the Wild, This symbol stands as a replacement for each icon in a combination on the reels, except the Scatter symbol. Whereas, the icon which appears as a flower with “bonus” written is the Scatter. Whereby you make a combination of 3 or more of them, you’re rewarded with ten free spins. Also, when you land up to 5 combos, the flowery symbol rewards with 100 coins.

This feature can be triggered every time a match is created. With this feature, your win can be doubled or quadrupled when you simply guess the actual colour or suit of the card that is face-down. Though you may be a bit let down with the few bonus offers, the available symbols can still help to make good winning combos. 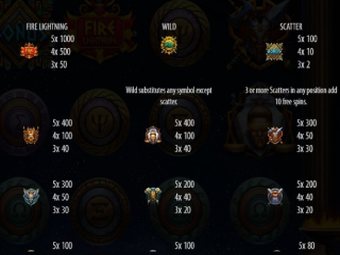 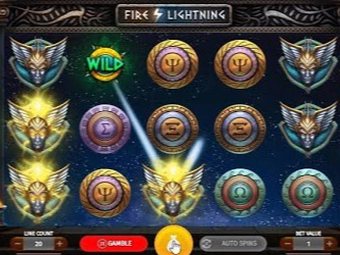 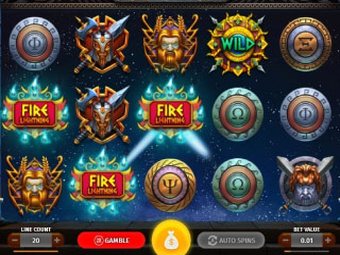