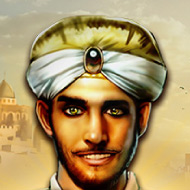 Red Rake
Red Rake Gaming has added yet another game to its plethora of fun projects, and it's named The Adventures of Ali Baba. Inspired by the very popular folktale, Ali Baba and the 40 thieves, this game taps into the theme for its design. The focus on the colourful decorations and Oriental objects marks this game out as a typical slot.
Play for real T&C's apply 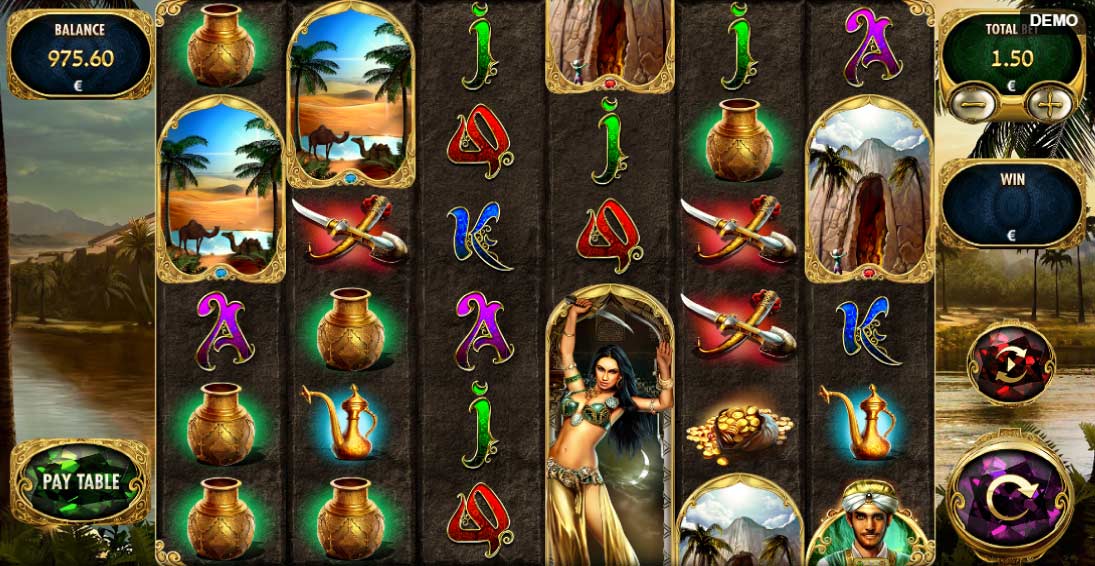 This slot was released officially in June 2019 by Red Rake Gaming. Like in Hello Easter slot, it has a max RTP of 95 30%. It gets interesting from the very beginning of the game with the switching up of reels to 6 x 6 and 50 active pay lines in total. The developers installed an endless free spin feature to get your groove on but that's not all. This slot also boasts of other features such as symbols of locked gold, a sesame bonus, 4 symbols of high, a Morgiana wild stack and a wins tornado.

The Adventures of Ali Baba is one with an interesting low betting range. For as low as £0.30, it gives players access to all of the game's area without the option of having to reduce the active lines available. On the other side of the wagering range, a value of about £60 would set up a bet line for a relatively low £2. In gaining the rewards and prizes on offer, it is important to note a few significant points here.

If you looking at hitting a 3,000x jackpot, you're most likely bagging £180,000 in cash, which is above average in top prizes. However, on the other hand, there is a relatively low RTP of 95.30%, which is considered less than average. This happens to be a not-so enjoyable feature on the slot.

You also catch the sight of Ali Baba and the word SESAME being held up letter by letter. This appears on six reels. If there are enough landing times for him, a feature that triggers free spins for you will pop up. There is no real limit to the number of free spins you can take advantage of. Hence, there is no cap, it often is an infinite figure of spins. Better still, there are locked gold features on the reels in the game. They can be matched alongside treasure symbols, often turning out to be 3 x 3, which in turn increases your winning chances.

The theme is based on the famous folktale Ali Baba and the Forty Thieves. Ever since it's been into animation and movies and has its slot machine version now. Its design is superb and among the top innovations from Red Rake Gaming. From the Arabic symbols to the treasures, the golden objects and caves, the alluring belly dancers and of course, Ali Baba himself. The decorations adorning the game's graphics are nothing short of exceptional.

The payouts from the Adventures of Ali Baba slot is often not satisfactory to every player. Nevertheless, the developers of this game deserve their credit for the features made available in this game and in the best casino for online slot machines.

The symbols present on the unique 6x6 reels in this excellent slot game can be found among other feature symbols such as showing Morgiana, an enchanting belly dancer, and a packed wild. However, the reels can contain only 4 feature symbols atop each other. Wins tornado remains another one of the exciting random features available here in this slot. It appears like a tornado on which one of the reels is duplicated, letting bigger wins mature on them. 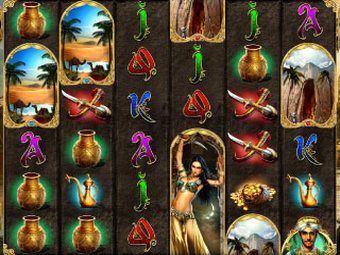 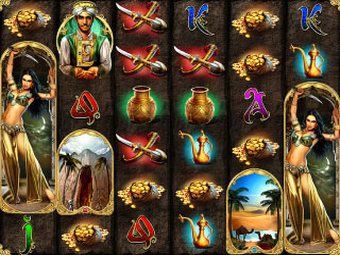 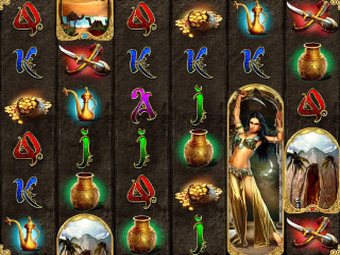